Wondering what those titles are? Here they are: 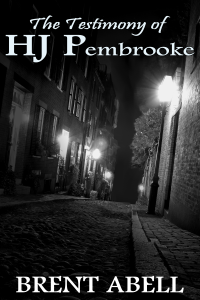 It’s the turn of the 20th century in Baltimore, MD, and as the gas lamps burn brightly, madness lurks in the shadows…

When school teacher, Melisa Jameson, mysteriously disappears, famed detective H.J. Pembrooke is called in to investigate. As he sits before the local Constable to give his testimony concerning the events that transpired, what unravels is a twisting account of transcending love, loss, and insanity that intertwines to deepen the mystery of Melisa’s disappearance.

What happened to her on that fateful day and why is Melisa so familiar to our detective? Delve into The Testimony of H.J. Pembrooke to find out where fact ends and the lines of reality begin to blur… 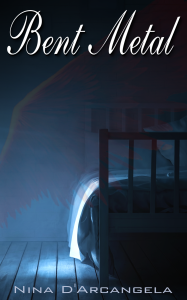 Where does reality end and dreamscape begin?

Woken each night by the sounds of screams and twisting metal, Lauren must relive the panic and fear of discovering her brother’s broken body on the asphalt. But each morning, she finds it’s only a dream… One she doesn’t want to keep having.

At what point does a dream become a nightmare, and what if the nightmare was more than a figment of her subconscious? 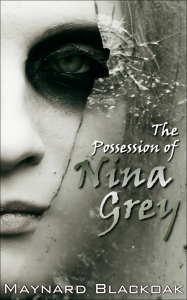 Love is an obsession; possession it’s one true desire. If you found your lover to be unfaithful, what would you do? Would you seek revenge? Perhaps confront them reasonably to discuss the truth behind such infidelity? Or would you take matters into your own hands… or in Nina’s case, your own mind?

Where the heart beats the strongest, the psyche sometimes slips into abysmal madness prompting one to perform heinous, unthinkable acts. What drives Nina that one step too far? Perhaps the answer lies in the shadows that lurk between genuine adoration and insane jealousy – the grey areas.

Not all cheeks can be turned the other way, and not all truths are what they seem. 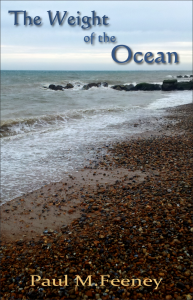 Casual conversations, playful moments, two friends bonding over things that mean nothing, until one day they mean everything…

Paul has a love for the ocean, but has never had the will to learn to swim. Jess draws him to the water, helping him overcome his fear. In the rocky brine, Paul finds more than courage; he finds love in its truest form: Jess. But the scars she carries hidden deep within won’t allow her to love. After a beautiful but short lived courtship, she ends their relationship.

The Weight of the Ocean, much like the pain she hides, is simply too much to bear. 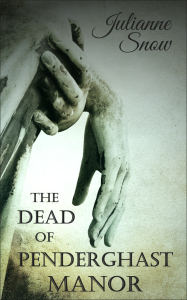 What would you do if you knew the Dead could talk?

For Chester Penderghast, it’s not the easiest of questions to answer…

Ensconced in the basement of his family’s mortuary business is the last place he wants to be, but when the conversation starts flowing, Chester’s the only living person who can hear it. What do the Dead want, and why is he the only one who can hear them?

This is not your average zombie tale—the Dead don’t want to eat your brains, but they will chew your ear off! 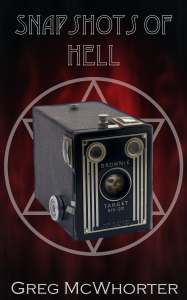 John Evers had been propelled to fame through his legendary photographic exhibits in the posh galleries of New York City.

Moving himself and his wife to England for professional reasons, John now finds his personal success fleeting. In order to recapture his fame, he takes a gamble on a single lot being auctioned off rather dubiously. As fortune would have it, John is lucky enough to gain possession of the lot he is seeking: LOT 466-8 CAMERA AND UNDEVELOPED FILM FROM THE ESTATE OF ALEISTER CROWLEY.

John can’t believe his luck at acquiring undeveloped rolls of film once belonging to Aleister Crowley, one of England’s most famed Satanists. Believing this good fortune to be his salvation, John unknowingly releases an evil from beyond the grave that will not rest until it ravages both his mind and his body.

Will John and his wife discover a way out of their personal torment before it’s too late? Or will their life become another collection of ‘Snapshots of Hell’? 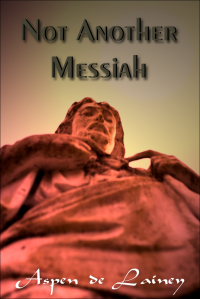 All men are created equal, or so it is said…

In a Mental Asylum that has earned infamy for its successful governing of patients suffering from a Messiah Complex, what happens when a ward of twenty-one prophets is introduced to a twenty-second? How do prophets worship what they believe to be a Messiah in their midst? Do they treat him with distance, trepidation, reverence, or perhaps adoration? Or do the men who speak directly to their own gods want more than a life of confinement as a reward for their blessing?

Is it not also said, “He who eats my flesh and drinks my blood lives in me, and I in him.” 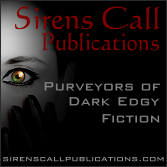 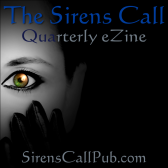