ODD AND BIZARRE with Jason A. Wyckoff

The Inspiration Behind A Man Called Cup

The kernel from which A Man Called Cup sprang is straightforward—it is, in fact, explicitly stated by the narrator: Hypothetical questions are useless, because ‘no one really knows what he’ll do in any situation until he finds it starin’ him in the face.’ The idea, then, was to prove the thesis by exploring a variation on the only question ninety-nine-plus percent of people would answer the same way. Having just reviewed my story, I’m a bit surprised at the word count I got out of the premise!

To some small degree, A Man Called Cup is a sequel, inasmuch as it is the second appearance of the same character. In my first published work, the collection Black Horse and Other Strange Stories (Tartarus Press), The Trucker’s Story introduces a storyteller/collector who narrates in a folksy voice (though actually his ‘writing’ serves as the framing sequence for the trucker to tell his story). I enjoyed writing in his voice and decided to try to use him again in the same set-up, this time with a dramatically different voice for his interview subject. For reasons having to do with the second main component that went into the story’s creation (which I’ll get to next), Cup’s story seemed the natural fit.

The results were awful. I fell in love with the voice and neglected to consider whether or not something should be said. My first ‘finished’ draft was front-loaded with drawl-y fluff. Rejection is a good thing if it leads to re-evaluation—and nobody said you ever have to stop editing. I flensed the superfluous material, and though I was still left with something long, it was at least no longer unwieldy (well, I think so, anyway).

The other chief inspiration for the content of A Man Called Cup was a challenge to myself. I tend to write ‘small’ horror—strange stories, personal nightmares. I’m not as comfortable with an expanded scope; ‘cosmic’ horror has its appeal, but I would rather read someone else’s efforts in that regard. So the challenge was: how do I write about a huge threat with dire ramifications—hell, we’re talking an extinction-level event—and still keep it personal, even ‘small’? The fit of a personal narrative that doesn’t actually affect anybody else, told to my storyteller seemed natural, especially as it is that very conflict between personal and public responsibility which drives Cup’s torment.

One of the things that appeals to me most about writing these ‘storyteller stories’ is the possibility that nothing recounted to him is necessarily true or has happened, even in the fictional sense, which goes to my general impetus for writing and my reason for writing ‘small’—to impart to the reader the real possibility of something else just outside of view, even if it is never seen firsthand.

ABOUT THE AUTHOR — Jason A. Wyckoff was born, schooled and resides still in Columbus, Ohio, USA, with his wife and their pets. His first published work was the short story collection, Black Horse and other Strange Stories (Tartarus Press 2012). He has also contributed to two anthologies from Tartarus Press, Ghost World (2013) and Strange Tales IV (2014). 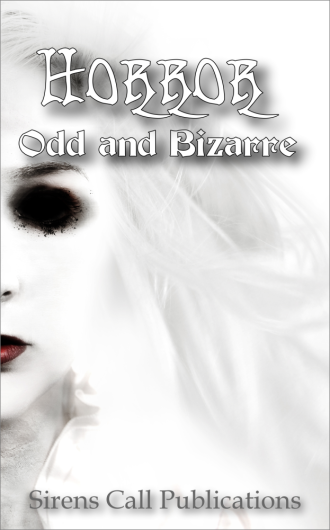 Take two steps to the left of normal and you’ll find the type of stories offered in Horror: Odd and Bizarre. Consider them the red-headed step children of the genre…

From a museum process that not only preserves the dead but brings them back to life to a phone that warns you of the impending apocalypse, each tale hits on a different level of the bizarre. Maybe a killer clown epidemic that preys on everything you hold dear, or a painting that subtly changes to spell out your doom, piques your odd meter instead—don’t worry, they’re in there too.

If you like horror with a unique spin, a bizarre thread that straddles the line, or a tale that just a little off, you’ll definitely enjoy each odd morsel and bizarre bite contained within!

All Aboard — C.R. Langille

A Clown of Thorns — Ken MacGregor

Into The Dream Never — S.E. Foley

A Clown and a Dragon Walk Into a Bar — Rob E. Boley

Horror: Odd and Bizarre can be found online at:

← OUT OF PHASE with B. David Spicer
TWISTED YARNS with Bob Macumber →