Into the Dark with Lars Kramhøft

Posted by Sirens Call Publications on August 23, 2014 in FEAR: Of the Dark, Guest Post

With the release of our seventeenth anthology, we at Sirens Call Publications decided not to break tradition and asked all of the contributing authors in FEAR: Of the Dark to share the inspiration for their stories. Out of the nine authors whose tales lurk between the covers waiting to terrify you, seven took up the challenge of putting their fears into words. Next up we have Lars Kramhøft, author of The Chosen. But before we delve into what horrors hide in dark of his mind, let’s take a moment for everyone to get acquainted just a little more…

Lars Kramhøft is an upcoming  writer of fantasy and horror and  co-creator (with Tom Kristensen) of the graphic novel Made Flesh which has been nominated for best horror publication in Denmark in 2014  (it is slated to be published by Evil Jester Press in the US in the summer of 2014). He lives in Copenhagen where he is currently working on his first novel, a dark coming of age story involving satanism in the middle ages. You can find Lars on Twitter at @LarsKramhoeft or on his blog.

So without further ado, we turn you over to Lars…

Of Dark And Winding Roads: An introduction to The Chosen

When I was asked to write a piece about the inspiration for my short story The Chosen, I was forced to face the one question that has struck writers dumb since the dawn of time – or at least since the invention of the moveable type printing press.

It’s a question that comes in many forms, all of them equally terrifying, but it boils down to this; where do you get your ideas from?

Well, Neil Gaiman, one of my great literary heroes, once said that ideas come from confluence – from two things flowing together.

That always struck me as one of the most honest, no-bullshit, down-to-earth answers to the question I’ve ever heard.

Only, in my own case, it’s rarely just two things. Maybe once, when I become as good a writer as Gaiman, I will only need two things, but for The Chosen I needed three things to make the story come together. And I can tell you pretty much exactly what those three things were.

Oh, and don’t worry. I’m not trying to demystify the creative process completely here. As you will see, the creativity-by-confluence idea actually leaves plenty of room for muses to sweep in and sprinkle fairy-dust all over the place.

So three things – before I overstay my welcome here. Three very different elements of a story that I think illustrates at least my creative process very nicely.

Number one: Driving on country roads, at night, when it’s snowing. I don’t have a drivers license myself, but I’ve been riding shotgun often enough to have seen:

“the few illuminated feet of road that was visible in the headlights, a monotony broken only by the evanescent gusts of snow that kept coming like ghostly riders across the bitumen.”

It’s both a beautiful and haunting sight. The kind of thing that gets my imagination going and makes me want to put words onto paper.

Number two: The moth-man mythology. The setting of the story is a dead give-away here. I absolutely love cryptids, and it was through reading about the mothman that I came across the  abandoned ordnance works that hadn’t been used since World War 2 and which were, by some, believed to be the moth-man’s home. Like the protagonist in the story, I remember thinking; Now that has to be a god-damn spooky place. I wanted to use that in a story some time. And so I did.

Number three: It was a dream I had one night. The story Johan tells Bob, about what happened down in the ordnance works, and the thing that follows them, is a word by word transcript of a dream I had. Right down to the dust and the coughing. I very rarely have lucid and coherent dreams (If I had, my work would be a whole lot easier!), but this one just came to me. The moment I woke up I knew had to write it down.

And thus The Chosen was born.

So you see, plenty of fairy dust still at work here.

Even if it comes down to confluence.

Thank you Lars! Now let’s take a look at FEAR: Of the Dark… 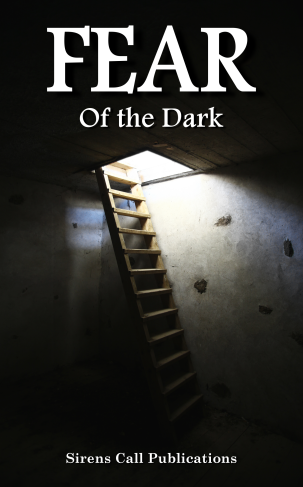 What makes your skin tingle? What makes you look over your shoulder sure that something is lurking there? What ratchets your tension level up  so high that nothing matters more than what comes next on the page?

The answers to those questions are the ones we sought when we put together this collection of nine stories. Inside these pages you’ll find fear that engages, fear that provokes, fear that drives you to the brink of… Well, everyone has a different precipice when it comes to fear, but the stories selected for FEAR: Of the Dark certainly held our attention.

If you truly enjoy a well written story that engages the senses and prompts anxiety and paranoia, FEAR: Of the Dark may be the perfect collection of short stories for you. And in case you were wondering, it is waiting for you, out there – somewhere; you just don’t know it yet.

Available for Purchase at:

And here’s an excerpt from The Chosen…

Three people were sitting in the little Nissan Pathfinder that made its way through the night and the whirling masses of snow on the road from Point Pleasant in West Virginia to Baltimore, Maryland.

The world had become black and white, reduced to darkness and the few illuminated feet of road that was visible in the headlights, a monotony broken only by the evanescent gusts of snow that kept coming like ghostly riders across the bitumen.

Bob Dillinger, a forty-five year old father of two children and author of five novels, stole another glance at the rearview mirror and wondered again if it had been a mistake to pick up the two hitchhikers. It wasn’t that they seemed dangerous as such, but there was an air of nervousness about them that Bob had sensed, almost subconsciously, the moment they got in the car. More than nervous, the two young people seemed, and the word had materialized in his head very much against his will, haunted.

Bob had been on his way home from his editor’s office in Point Pleasant after a meeting that had dragged on for way too long considering the weather reports that were already then starting to come in. He paid his editor a visit a few times a year, and usually the drive took about six hours, but in this weather he guessed it would be closer to eight. Eight hours before he could expect to cuddle up under a blanket, Carrie next to him and Bruno, their brown Labrador retriever snoozing at his feet.

Had both of the hitchhikers been male Bob wouldn’t even have stopped, but the Saint Christopher medal that his wife had given him wouldn’t allow him to ignore a young couple standing out in the freezing cold like that.

It was the kind of night people froze to death on. “As cold as a witch’s tit,” Bob thought, smiling at the expression, and the memory of his father it carried with it.

Now the boy and the girl were sitting speechlessly in the backseat, the boy on the right and the girl on the left, right behind Bob.

The boy had said that their names were Johan and Stine and that they were from Stockholm in Sweden, hitchhiking through the states. Like all Scandinavians Bob had met, they spoke English well, though Johan’s accent didn’t deny itself in the soft, flat way he pronounced the words.

Stine hadn’t said anything, just acknowledged Bob with a despondent wave of her hand before she capsized into the backseat and folded up her arms and legs as if to make herself as small as possible.

Occasionally, a series of hard, dry coughs overwhelmed her and made her double over.

No, the couple didn’t seem dangerous as such, but Bob wouldn’t put it past them to maybe be on drugs. He wasn’t a prejudiced man, but in a situation like that, his basic instincts couldn’t help make generalizations… 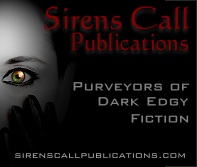