“The fall of noon.” That’s what Grandfather called it. I never really understood how noontime could actually fall, but he liked to say it that way. “Evening rises,” was another. “Morning booms,” he’d greet the day.

My childhood summers at Abasteron House by the sea were filled with colorful sunsets, juicy blackberries off the backyard vine, and sea-lavender abundant in my bedroom. Late at night, Grandfather would wake me and point to the window.

“See the waves shining under moony light. Observe! The shivering flakes of night.”

Poetic, yes, but Grandfather was a genealogist. He tracked family origins, tracing ancestry back through the centuries. He especially enjoyed the history of angels and demons; he spent his life teaching the evolution of their mythologies from primary cultures to the Age of Reason.

“Look, Davida,” he’d say sweetly. “The sea’s wind leaves ancient face prints on the windows. There. Do you see them?” I never saw any faces, just salt-caked streaks. My name is Davida Kipling Livingston and everybody called me Kip, except Grandfather…” 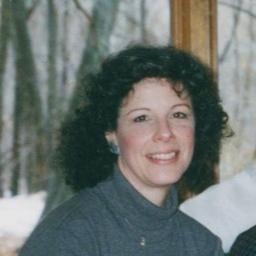 ABOUT THE AUTHOR – Paula Cappa’s short fiction has appeared in Whistling Shade Literary Journal, SmokeLong Quarterly, Every Day Fiction, Fiction365, Twilight Times Ezine, and in anthologies. Her novels include Night Sea Journey, A Tale of the Supernatural and The Dazzling Darkness (Crispin Books of Crickhollow Books), which won the Gothic Readers Book Club Choice Award for outstanding fiction in 2013. She writes a weekly blog, Tales of Terror.

“Sandra waddled along the cracked concrete path toward the red brick mailbox. Stretch leggings chafing against her inner thighs, she stopped every few steps to catch her breath and relieve the pressure.  Grinning in triumph, she reached the mailbox; as though the short distance traversed was proof her weight wasn’t an obstacle. Her smile widened as she spied several catalogues in the mail; reading junk mail was one of her guilty pleasures. And what was this? A thick cream envelope with no stamp and no return address lay between the catalogues.  She fished it out and ripped it open, letting the shreds of paper fall to the ground.

Congratulations Sandra Healy. You are the randomly selected winner of a free meal at the new and exclusive restaurant Gluttony, located at 13 Paradiso Lane, Ravenswood. Please present this letter at the door. This offer is valid until the fifth of August…”

ABOUT THE AUTHOR – Andrea van Lit resides in rural Tasmania, Australia, with her husband and demented mutt named Harley whose jaws are stronger than a crocodiles. Writing by day, and playing music by night, she spends her free time pottering in her vegetable patch and indulging in the odd square (okay, half a block) of chocolate.

And rounding out this grouping is Hope Schultz, whose tale ‘The Worry Dolls’ is on page 40…

“These don’t look like the ones Brenda described.” Martha frowned, lifting one of the three inch figures from the box. Brenda had described tiny, brightly colored thread dolls; these looked like they were made of twine. She checked the box, wondering just what link she had clicked on that night, but the return address was worn away.

A sheet of paper inside the box was labeled ‘worry dolls’, and she glanced at the instructions. She touched the first doll’s forehead to her own. “You’re for rent.” Her mind flew to her landlord, who had hinted broadly that he wouldn’t raise her rent if she slept with him. She set down the first, and picked up a second. “You’re for work.” Her job had actually been great until the new supervisor had started; now she just tried to make it through each day. “And you,” she told the third doll, “are for my love life.” Which was in the ‘worry’ column since Kevin turned out to be a two-timing douche…”

ABOUT THE AUTHOR – Hope Erica Schultz lives in Central Massachusetts with her spouse, two children, one dog, four cats, and assorted visiting wildlife. She writes SF and fantasy stories and novels that can be considered comedy, adventure, or horror depending on where she chooses to end them. When not writing, reading, or pretending to be someone else, she still works for a living.