The Horror of Steampunk with Kirk Jones

Posted by Sirens Call Publications on May 7, 2013 in Anthologies, Bellows of the Bone Box

With each anthology we release at Sirens Call Publications, we enjoy sharing the inspiration behind the stories contained within them. Our recent release, Bellows of the Bone Box is a combination of two fantastic genres – Steampunk and Horror. The authors have decided to share their inspirations of their story or talk about what Steampunk means to them. Today we feature an inspiration piece from Kirk Jones, who contributed The Blood Engine to Bellows of the Bone Box… 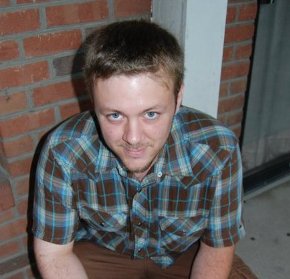 Kirk Jones is an instructor of humanities for the State University of New York. His work has appeared in Amazing Stories of the Flying Spaghetti Monster, A Hacked-Up Holiday Massacre, New Tales of the Old Ones, Bust Down the Door & Eat All the Chickens, Unicorn Knife Fight, Flashes in the Dark, and on Bizarro Central. Kirk’s first book, “Uncle Sam’s Carnival of Copulating Inanimals,” was published by Eraserhead Press imprint NBAS in 2010. He also writes about all things weird, pop and retro on his blog.

Inspiration for The Blood Engine

Whenever I think of steam, I’m always drawn to the industrial revolution in America, when man and machine came together to create these almost-living mechanisms. Unfortunately, the cost of breathing life into the factory came at the cost of the workers’ livelihood and, sometimes, their lives. The metaphors that exist for the industrial worker are ubiquitous in fiction and non-fiction alike. Man is likened to a cog, stripped of his sense of self. Together, the workers become a second engine for the factory, pumping along like a mass of flesh, bone, and blood. For me, this describes the blood engine. On the surface it functions well. It is the cornerstone of industry. But once we peer inside, we see intimations of the people resting beneath the surface. They’re bound by function, rendered nearly invisible by their bond. They are no longer simply a cog, but the machine itself which features no discernible parts. They have lost their humanity, yet they continue to work.

On another level, the story was inspired by my interest in alternative energy. If ethics were tossed out the window, would it augment innovation in the civilized world? Could we use human beings as a viable source of sustainable energy? Moreover, could we break the human body down to its smallest building blocks – cells – and use those to produce a sustainable energy? In order to ask these questions in the story through show rather than tell, I treated the body like an industrial complex, a factory that could be reduced to different parts with different functions. It was never my intention to answer the questions I pose above, however. One reason I love fiction so much is that even when I can’t answer the questions that inspire my work, the final product is, nevertheless, a story.

In a sense, the story is a cautionary tale because there’s a kink in the industrial mechanism that turns the factory into a virtual slaughterhouse, that kink being a taint in the lifeblood of the factory. Vampires play a part in this taint, but I wanted to tone down the vampiric elements of the story as much as possible. So they’re there, but hopefully their presence is as subtle as I had hoped when writing the story.

I had a great time trying to balance all of the elements of inspiration mentioned above to produce this story, and I hope others derive as much pleasure from reading it as I did creating it.

Mr. Crowner peered into the dimly lit alleyway. “There’s another one in there. A female.”

Crowner shook his head. “Can’t say.” He reached into his coat for his oversized flashlight, and pierced the semi darkness of the alley. “Dead. Incapacitated. Inebriated. Doesn’t matter really. The fresher the better, of course.”

“Easy for you to say. You’re not the one dragging her back to the cart.” Todd followed the light to a woman well past her prime, with yellowed teeth crowned by cracked lips. He reached down to feel for a pulse. “She’s well enough.” He lifted her to her feet and guided her to the back of Mr. Crowner’s carriage. “That’ll be it, then?”

Mr. Crowner nodded as he settled into his seat and took the reins. “Keep an eye out for others on our way back. You never know what you’ll find on the streets this time of night.”

Todd climbed into the seat beside his boss. The flashlight handed off to him provided some degree of comfort, but he was experienced enough now to know darkness afforded night dwellers confidence that even a modest light could not squelch. He and Crowner had become night dwellers, after all, harvesting the poor for Crowner’s textile plant in town. While it wasn’t necessarily an honest living, it was a living, and it paid well.

Todd watched the light emanating from the device in his hands bounce between the walls and walkways, occasionally dipping into the alleys. Little had changed since their excursion into the city’s underbelly. The dark intersections had fallen silent, except one alive with throes of passion, or at least that’s what Todd mistook the movements for when the light grazed two figures entwined on the ground. “Stop the carriage,” he whispered. “Around the corner.”

Crowner drew the reigns as they turned off Mulberry, and the carriage crawled to a halt. “What is it?” he asked.

Todd stepped down, the small pistol he carried with him on Crowner’s late-night excursions already in hand. “Two more bodies in the alleyway.”

Crowner steadied the horses. “Make it quick,” he whispered, waving Todd on. “We’re skirting the clean part of town where folks are actually missed when they disappear.”

Todd crept around the corner, keeping his back tight to the wall. He turned into the alleyway, raising flashlight and pistol simultaneously. “You two thought you’d have a little—”

He mustered only a squeak when the man atop turned, mouth agape, revealing a long set of fangs. His face was steeped in the blood of the woman below him, who now lay motionless. Todd’s legs began to shake as he realized he had just watched someone’s life being taken in one of the most brutal ways imaginable. Without thinking, he unloaded his weapon into the man, sending Crowner’s horses into panic. They darted away from the corner with Todd scurrying as fast as he could not far behind…

Come back tomorrow for another engaging piece of inspiration from one of the authors in Bellows of the Bone Box!

One comment on “The Horror of Steampunk with Kirk Jones”