Posted by Sirens Call Publications on April 6, 2012 in Days with the Undead Release, News

Our informative interview with Julianne Snow concludes today as we reveal the question that really clinched it for us! Julianne really knows her stuff when it comes to forensics – when you read the rest of the interview, you’ll understand why. If you missed the first part of the interview, read it here. 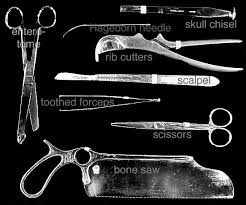 SCP: On the topic of necrotic flesh… In older movies where the gore factor wasn’t so highly valued, the dusty, dirty, dried out zombie was as acceptable as a mummy, but not anymore. Describe in full detail (and don’t be shy about it) how a Zombie’s dead flesh and sinew would change with time, and what the slough time factor should be in actuality? How long does it take for the flesh falls from the bones?

JS: That isn’t something that can be completely quantified as there are different factors that can come into play. The first aspects that need to be understood are the five general stages of decomposition.

Fresh: The fresh stage commences immediately after the heart stops beating. Rigor mortis (the rigidity of muscular tissues that sets in three to six hours after death and starts to dissipate anywhere from forty-eight to sixty hours after death); Livor mortis (the pooling or settling of the blood in the lower portions of the body dependent on position); and Algor mortis (the cooling of the body after death) all occur within this stage of decomposition. Once the heart stops beating, chemical changes occur within the body which also results in a change in the overall pH level. The resulting change in pH causes cells to lose their structural integrity which in turn results in a process known as autolysis; the release of cellular enzymes which break down the surrounding cells and tissue. Any oxygen left in the body is quickly depleted by the aerobic organisms creating the perfect playground for anaerobic organisms. It’s the anaerobic organisms from the gastrointestinal tract and the respiratory systems that begin to transform the carbohydrates, fats and proteins in dead tissues. As they break down into organic acids such as lactic and propionic acids along with gases like methane, ammonia and hydrogen sulfide, it’s the spread of these microbes within the body that is more commonly referred to as putrefaction.

Bloat: As the accumulation of the gases mentioned above collect, it causes the distention of the abdomen, giving the corpse an all over bloated appearance. These gases mix with any naturally occurring liquids and any liquefying tissues, making them frothy. As the pressure inside the body increases, these fluids are forced to escape from any orifice or wound they can exploit, akin to a release valve. The purging of fluids and gases is what results in the strong and distinctive odors of decay. In addition, the pressure may also cause the skin to rupture if an easier means of escape is not available. A corpse gets its marbled appearance as the anaerobic intestinal bacteria transform hemoglobin into sulfhemoglobin and other solutions with varying pigments. It’s the presence of decomposition gases that aid in the transportation of sulfhemoglobin along with the other pigment carrying solutions throughout the body via the lymphatic and circulatory systems.

Active Decay: This is the stage characterized by the greatest loss of body mass. This loss is mostly in part from the feeding of maggots and the purging of decomposition fluids to the surrounding environment. In this stage, the liquefaction of tissues and disintegration of the body becomes apparent. Strong odors of decomposition will persist throughout this stage.

Advanced Decay: A body in advanced decay usually doesn’t go through a huge amount of decomposition as the tissues that would normally decompose are no longer available in large amounts. The corpse, having already lost a great deal of its mass in active decay, will continue to break down until only dry remains are left.

Dry Remains: All that really remains at this stage is dry skin, cartilage, and bones. Pieces of soft tissue may remain in some cases but they are dried to the point that they will not continue to decompose.

So now that you understand how a body is mostly likely to decompose, let’s discuss the factors that will either speed up or inhibit decomposition. The actual speed can vary greatly, so it’s best to keep that in mind.

Access to the Corpse: This refers to the access that insects and carrion have to the corpse. In conditions where there is restricted access, either by clothing present on the body or by the locale of the body (for example in water or underground), the rate of decomposition is reduced. If insects and other carrion have easy access to the body, either by the fact that it is out in the open or not wrapped or dressed in tight-fitting garments, the rate of decomposition is increased.

Cause of Death: Corpses with open wounds will decompose faster. The increased surface area open to insects and carrion is obvious as well as the ability for the body to vent the by-products of anaerobic decomposition. Aerobic bacteria can also act on the body from the outside inward, aiding in the speed of complete decomposition.

Body Farm Photo - a body farm is a research facility where human decomposition can be studied in a variety of settings.

There are more factors that affect decomposition as the list is nearly endless. The Undead will inevitably follow some of the observed trends so I’ll sum up the Zombie that is likely to decompose the fastest and the one the will likely decompose the slowest.

If the Zombies in your area are larger than most, wearing little or no clothing or with clothing that is loose-fitting, in a humid and hot environment with numerous gaping wounds, it’s likely they will decompose faster than most. If however you live in a cooler, drier climate where the Zombies are less corpulent and dressed in tighter fitting fashions with little to no gaping wounds, they’re going to decompose at a slower rate.

None of this takes into account the mobility factor either. The body mass reduction of insects in the stage of advanced decay is dependent on the fact that maggots have to be able to feed on the body. If said body is in motion, those maggots are going to have a hard time gaining a significant purchase on the surface resulting in a longer period of advanced decay. It’s also wise to note that whatever turned the bodies of the dead into the Undead may actually slow down or counteract the natural processes of decomposition.

I guess the easy answer would have been “it’s hard to say” but how is that going to help you understand the Undead?

SCP: Describe for us the most horrific Zombie of your nightmares in full detail? Dare we say “spare no parts?”

JS: The most horrific Zombies of my nightmares are not the most gruesome one by any stretch of the imagination. It’s the Zombie that has just turned. The Zombie that has no readily discernible Zombie features. The Zombie that doesn’t have the insatiable hunger in its eyes yet. Those are the ones that scare me the most as they are the ones that will get too close before you realize what they truly are. Oh, and Zombie children scare me. They are so small and tend to escape your notice until it’s too late. There’s also something inherently sad, creepy and terrifying about lost innocence. Avoid Zombie children; they will break your heart and likely turn you before you have to bash their brains in.

Here is a little bit about Days with the Undead: Book One –

It’s a journal of survival.

Five people set out to escape the Undead who have risen too close to home. Join the emotional and physical struggle as they began on the third day after the awakening of Brooks VanReit, as they are recorded from the point of view of Julie, a former pathologist and part-time survivalist.

Each entry is geared toward helping those who want to help themselves and maybe give a few that don’t a swift kick in the ass. Join our group of survivors on their journey through these Days with the Undead.

Interested in buying Days with the Undead: Book One?